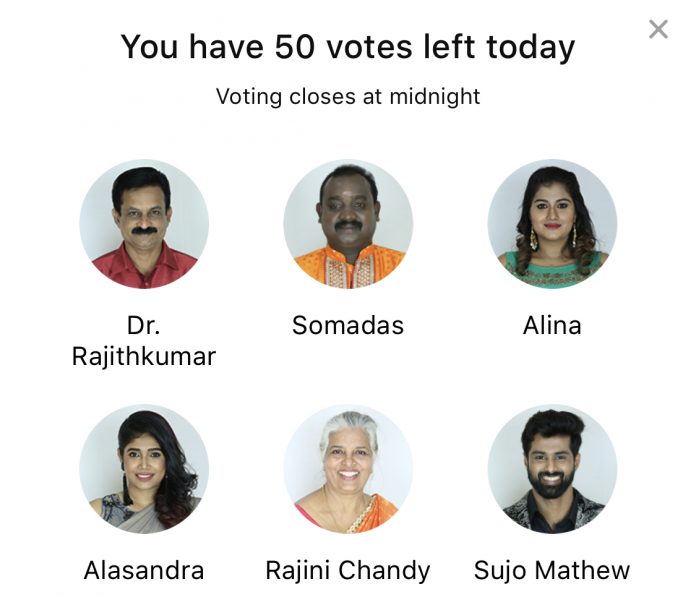 Who Are the Three Unsafe Contestants?

According to polling reports, it looks like Rajini Chandy, Alasandra and Somadas might be in the danger of elimination this week. There are high chances that elimination might not take place this week too.