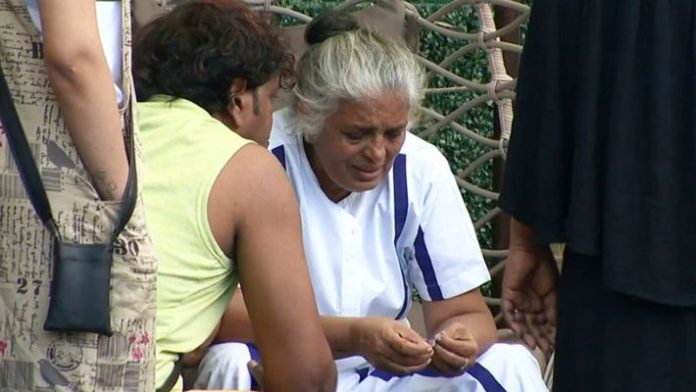 Yesterday 16th January 2020 was the big episode of Bigg Boss Malayalam Season 2. Bigg Boss had suggested that all the two contestants who had not performed well in the special weekly task of Bigg Boss be selected. When the nominations were announced, Rajini Chandy and Rejith Kumar came up with seven nominations. And then, as shown in the promo of today’s episode, Bigg Boss ordered the two to be locked up in a jail outside Bigg Boss House.


Both responded to this ‘imprisonment’ in two different ways. If Rejit Kumar had thanked Bigg Boss, Rajini Chandi became upset. She was telling everyone that her husband and friends said that she didn’t have to go. Others were competing viewers to appease the eldest at home. Rajini Chandy became even more sad when Captain Saju Navodaya came to lock her up in jail on the orders of Bigg Boss. They grieved over those who came to comfort them. She had been feeling down ever since she did not take any medicines, food or water given by the other contestants.

The Bigg Boss had instructed the captain to keep the duo open after dusk. Accordingly, Saju Navodaya opened the prison room and resigned and Rajini Chandy stepped out. Arya came to her aid and then hugged and cried. At the same time, Rejith Kumar has reacted almost impatiently to his election and jail sentence for his ‘poor performance’. It was only he who indicated that he had concealed his grief.