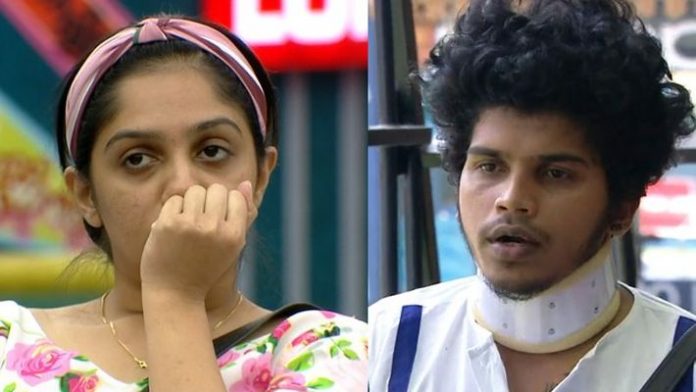 Fukru said that maybe Arya is out this week during eviction with Mohanlal. After the weekly task for the Luxury Budget, Rajith and Fukru were voted among the contestants for a poor performance and were given prison sentence. While the two have been in disputes lately in the House, the two have been talking about things for a long time when they got together. They both shared their views on some of the contestants. Of this, Rajith and Fukru spoke more and more about Arya’s name. Meanwhile, Fukru said that Arya will be out this week.


The man who voted against her in the nomination, Fukru, told Rajith that Arya was the best contender. But Rajith responded, “Do you understand it already?” Fukru said it was something he already knew and had already said. “But now I know I will turn against her,” he said. ‘But this time the tigeress had an elimination free card. “This time it will work for not using the card,” Fukru said.

But Rajith’s response was that there was a marketing team working for Arya. Fukru replied, “Whatever happens here, people are watching.” Another question Rajith asked Fukru was whether he would listen to Arya’s reasoning during Bigg Boss’ life. ‘Have you noticed how they find justice? Scrubs are reasonably skilled. But there are many things that are outrageous, ”said Rajith. Fukru said confidently, “Arya is still coming up with a nickname.”

Bigg Boss has been awarded a nomination free card for the prize. This card can be used to stay away elimination once and for all. But the Arya card was not used even when it came to elimination last time. But Jazla, who had earlier received the same card, used the card for the last time.