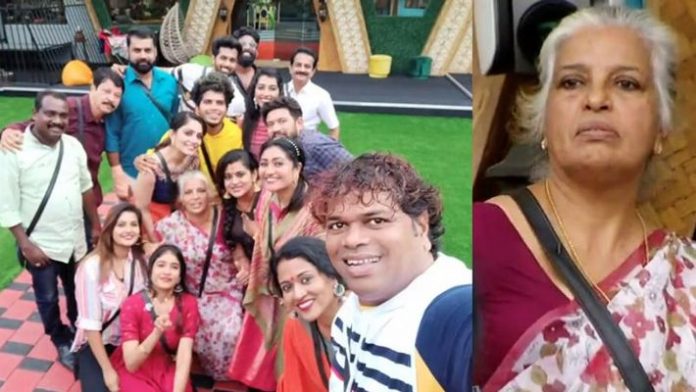 The first elimination episode of Bigg Boss Malayalam Season 2 was as rich with drama as usual. The elimination list was comprised of Rejith Kumar, Rajini Chandy, Alessandra, Sujo Mathew, Alena Padikal and Somadas. In an intriguing presentation, Mohanlal announced the elimination after several stages of confrontation with housemwates.

Only Rejith Kumar and Rajini Chandy were the remaining candidates. Mohanlal asked both of them whether they were ready to go out. Rajini Chandy responded that she was not in a competition and that she was not competitive. But I am happy to have gotten a lot of experience from here. Rejith Kumar said he would like to move on from Bigg Boss if the opportunity arises. Later, he was called by Mohanlal. Mohanlal’s eloquent moments were, “Rejith, you can go …, but not now”. The announcement was heard with Regt covering his face.

Mohanlal later announced that Rajini Chandy will be the first exit from Bigg Boss. Many of the other contestants were very sad. Arya and Veena, who were very close to her resignation, were very disturbed when they heard the news. Big Boss’s last word to Rajini was to take a selfie with others to preserve the memory of Bigg Boss House. After taking a selfie with everyone else on the phone stored in the storeroom, she resigned and left.