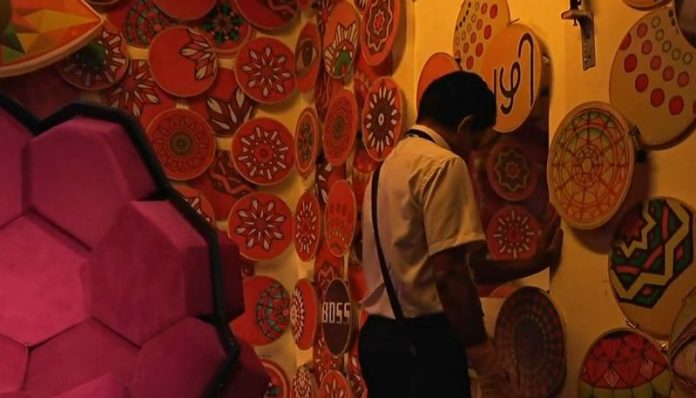 Tuesday was the most anticipated episode of Bigg Boss Malayalam Season Two. Shortly after the start of the curious weekly task, Reshma’s atrocities on Rizam’s eyes, the doctors’ examination, the hospitalization of Reshma for special treatment, and the temporary dismissal of one of the main contenders this season.

The weekly task was to turn the Bigg Boss house into a high school. Arya was a “rigid” headmaster, Daya a suo-moral science teacher, and Fukru a teacher of politics. All the other contestants are naughty students. Bigg Boss’s task file specifically stated that it was a school where “students who are disobedient, inconsiderate and at any time get beat up and quarrelsome.” According to the report, when the task was started, the nervousness shown by Rajith Kumar was exaggerated and led to dismissal.

The first class was Fukru. Teacher Fukru asked the students to introduce themselves. Someone told him that this was Reshma’s birthday. Of all the congratulations, Rajith personally went to Reshma to congratulated her. Rejith smeared Reshma the chilli he had in his han d. Reshma, who cried out in disbelief, was taken to the washroom area first by two men and washed her eyes. Bigg Boss then called Reshma to the conference room and gave her medical help. She was later shifted to an outside hospital for treatment. Shortly thereafter, Rejith Kumar was summoned to the conference room by Bigg Boss and informed of their decision. From there Rejith was taken straight out of Bigg Boss house

“The seriousness of the work done to the contestant Reshma at the Big Boss House during the Weekly Task Force on the 9th of March 2020 is considered to be of very bad nature. The rules of this Bigg Boss shows that anything harmful to a contestant is against the show, Rajith have disappointed not only the other contestants and the entire audience but also his fans who have been lovingly encouraging him for so long. As such, attacking other contestants is the biggest crime in this Bigg Boss house rule. Because since he broke that law and violated the law, he will be temporarily expelled from the Bigg Boss house as a consequence. He was made to exit the house.