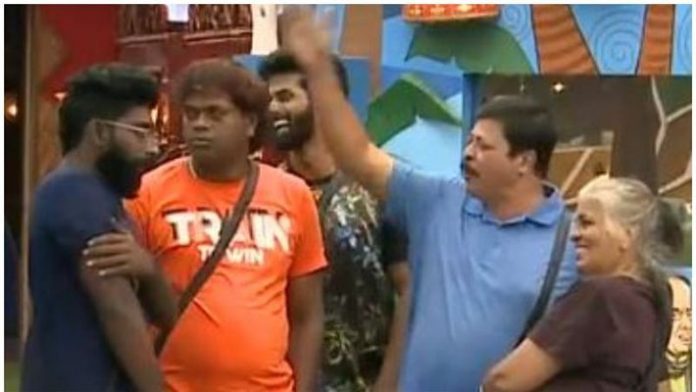 The contestants are rolling in season 2 of Bigg Boss, the biggest reality show in Malayalam. The contestants are trying their best to win people’s vote, at the same time, there are many disputes. Much of what is seen yesterday 13th January 2020 between Parikutty and Rajini Chandy. The dispute was over food.

Parikutty said if I disagree with what you are saying. He said it was enough fun. “It is an expression used to say that you will change shapes.” “They are the worst of the 17 candidates,” he said. But Rejith Kumar said the angels were not around. Then Parikutty tried to clarify the matter with examples. Now I get a piece of chapatti from Fukru’s bowl. Then Fukru says he took my food. I know what a person named Rejith Kumar is going to say, he may not even give him a piece” he said. Instead, he said, “Let him eat and stay away.”

Parikutty discussed the same with Pashan Shaji. Shaji like Parikutty too, took the resignation from Chandni saying she had forgotten it. He also tried to change the quarrel between Parikutty and Rajini Chandy. Rajini Chandy said it was casual. But she was worried. Parikutty said she was not educated.

Finally, they shook hands and said the problem was over. However, he later resigned. Now she was crying saying that she should go home. They all tried to appease Rajini Chandy. Meanwhile, Rejith Kumar, who had come to comment, was taken away by Fukru from that place. Is Rejith Kumar the reason for the fight between Parikutty and Rajini Chandy, comment below.