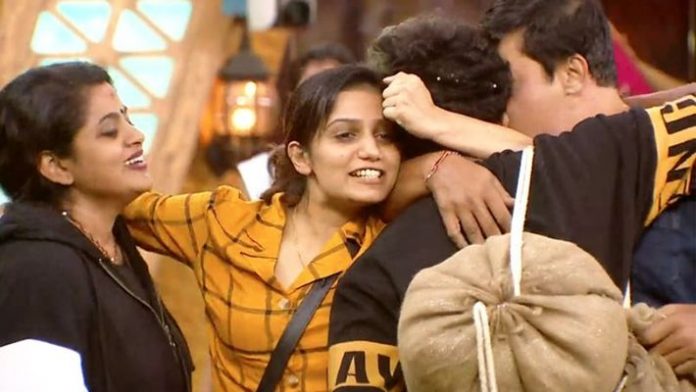 Bigg Boss Malayalam Season 2 selected Fukru as the captain for the Week 4. The first captain of the season was Rajini Chandy. The second week’s captain was Saju Navodaya. Pradeep is currently captain.


Bigg Boss named captain of the week by a sports game. Before that, the contestants who were called in the hall were asked to select the three best performers in the luxury budget tasks. Accordingly, RejithKumar, Fukru and Veena Nair were all elected. Bigg Boss was given to Big Boss to compete for the title of Captain.

Two rings were painted in the play area. A small circle within a large circle. All three had to run along the path between those circles. They were also given small bags of plaster of Paris to hang on to. Each pore was in the bag. The tax was to get the maximum out of others’ balls without losing the ball in their own bag. The Bigg Boss suggested that the three players compete in the first round and the two winners should play the final.

But before the first round was over, he withdrew, declaring that he was quitting. He withdrew with a feeling of physical fatigue. Fukru became the winner after defeating Veena. After the game, Raghu and Sujoy were discussing how the two tried to defeat Rejith and that was not right.