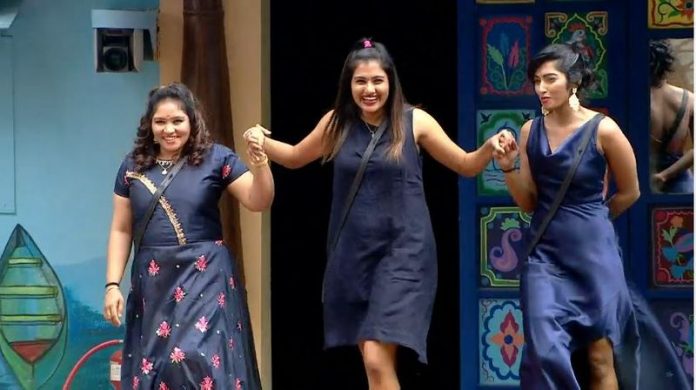 Bigg Boss is once again getting into big moments. At the end of the eighth week, all the hints given by Mohanlal are pointing to that. The Big Boss house, with its eye, was active every week. On his return, Pawan left himself in pain. Then again, the weary days. Upon arrival on the 50th day, there was more frenzy in the house. Two singers, Amrita Suresh and Abhirami Suresh, came to Bigg Boss. Also, Raghu, Alessandra and Sujo, who had earlier left due to eye disease have returned. Three more are returning to the Bigg Boss.


The dramatic comeback of the three. Earlier in the episode, Daya and Reshma took the stage with Mohanlal. They also had the opportunity to talk to those at home. Mohanlal also said that the two were sharing their crimes, their feelings and their love and they were returning because their illness had not completely rectified. So they both went out. Mohanlal said he was happy to hear the inner details. Meanwhile, Alina is behind Mohanlal. Alina was asking if she didn’t see Fukru. Everyone saw Fukruin in the hatred.

Mohanlal summoned Alina on her way home. They have come to you with eye disease. Earlier, Mohanlal sent them home saying they had been sent back home to avoid being identified by the family. The three of them were warmly welcomed. Kuki mocked Fukuru, who said there was no question of Alina missing.