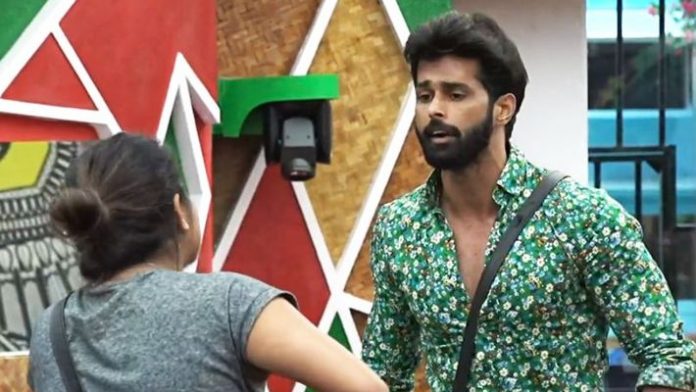 Huge conflict in the Bigg Boss house between Sujo Mathew and Elena Padrigal Suja was provoked by a word that Aleena told Alessandra. The incident happened while Aleena and Alessandra were talking. Rejit Kumar and Somadas were on the other bed beside Sujo’s bed. “Why are you going to talk to these idiots?” Though he was saying it slowly, Sujo jumped and started to scream.


Sujo told Aleena why he was showing such a show and that he had a lack of respect for her. But Aleena did not admit that she had spoken to him in the first place. Sujo was told not to twist those words and learn to speak from them. Then the other members of the house, who heard the commotion, came to this place. Sujo asks if Aleena is trying to be creative and she’s called it.

But later in the episode, Aleena comes back to Sujo and apologises. Aleena said that she did not mean for Sujo, or for Regith or for Somadas. Do you think Aleena really called Sujo by those words? Comment below.