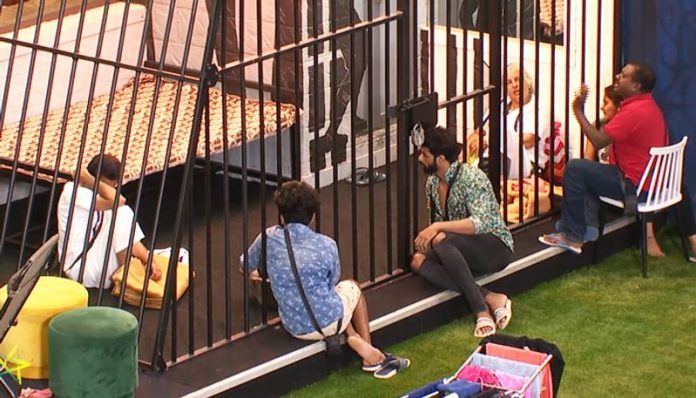 Rejith Kumar is a notable contestant with a big presence in Bigg Boss Malayalam Season Two so far. If the audience sees the lecturer and the logician in their first week, then in the second week you will see Rigit Kumar, who is trying to understand and understand some of the gaming in Bigg Boss. Rejith has previously accused a group of Big Boss housemates working against him. Speaking to Fukru yesterday, he spoke about the members of the group.


Rejith remarks came when he was taken to the Big Boss Jail along with Rajini Chandy. “Big Boss has a lobby of cinema-serial actors,” said Rejith. “There are six people lobbying,” Rejith said. But when it came to names, he said the names of the seven. “Arya, Manju Peter, Pradeep, Veena, Ammachi (Rajini Chandi) and Saju are prominent in the serial and film industry. I am their strongest opponent. Six of them are lobbying. Film Industry and Serial Industry .. ‘. Rejit told Fukruv that his name was Manju’s first in the voting that caused the jail term.

Bigg Boss had suggested that the two people who performed poorly in the weekly task should be selected by name. Accordingly, Rejith Kumar and Rajini Chandy, who got seven votes each, were sentenced to jail. But there were also some who were of the opinion that the performance of Rejith was poor. One of them was Parikutty. Parikutty was of the opinion that a person named Rejith had performed his maximum. Parikkutty had told Bigg Boss directly about this.