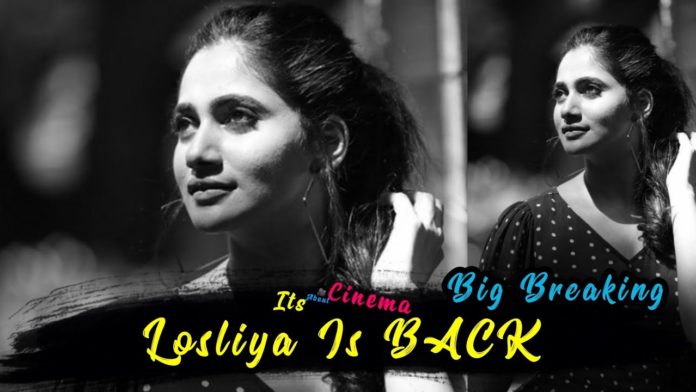 Losliya, one of the Bigg Boss Season 3 contestants, was considered the most likely winner of that season. It is noteworthy, however, that she was only evicted at the last minute and ended as the second runner of the season. It is noteworthy that Losliya got Tamil film opportunities after the Bigg Boss show, and she is currently starring in two films, and the shooting of those two films is in the final stages.

In this situation, something tragic happened in Losliya’s life recently. Her father died of a sudden heart attack in Canada. Shocked by this, Losliya went to Sri Lanka and completed the funeral rites for her father. Losliya, who is currently recovering from her father’s grief, has returned to social media after a long hiatus. Netizens commented that the only photo Losliya posted on her social media page yesterday in black and white conveys a thousand meanings.


Many Netizens have congratulated Losliya on her recovery from further adversity and on her return as an enthusiastic woman. It is noteworthy that this is the only Instagram post posted by Losliya that became a trend on social media sites across India yesterday.