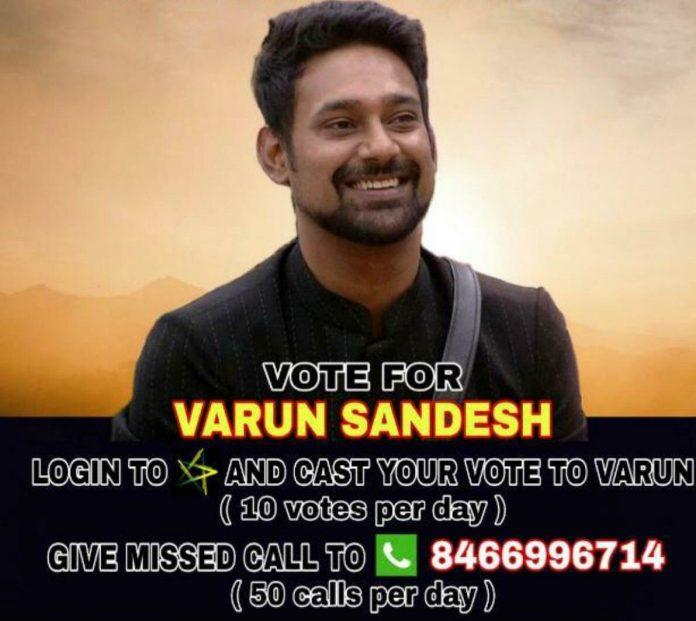 Bigg Boss season 3 Telugu is in final days with finale just two days away on November 2 and 3, 2019. Five contestants are competing to win finals and ultimately title of Bigg Boss Telugu Season 3. There are only two days left for voting and fans of the five contestants are trying hard to vote for their favourite. There are fans who praise Rahul and says he deserves to win the title while others say Rahul is fake and he has not even been a captain of the house, he doesn’t deserve to win the title.


Fight For Bigg Boss Telugu 3 Runner Up – Varun Vs Sreemukhi?

Sreemukhi is the one female contestant who has come this far and she deserves the title and in fact her army is also voting hard, sending whatsapp messages, creating instagram posts encouraging people to vote for her. But other set of people say she doesn’t deserve it as she has done nothing but shouting and crying.

Varun is a superstar as he has a huge fanbase, now his wife’s fans are also voting for him to win the title. He has been a close friend to Rahul and Rahul’s fans are not against him as they’re against other contestants. Sreemukhi’s army is against Varun though and we have to wait and watch how many votes he gets in the end.

Do Baba Bhaskar and Ali Reza Have A Chance to Be Second Runner Up?

Baba Bhaskar is not flashy or glamorous like Sreemukhi but has slowly gained fans with his honest and comical nature. His fluency in Telugu is not good but has given his best to stay inside the Bigg Boss house for more than 100 days. He has worked hard to reach here and fans have supported him by voting whenever he got nominated. We have to wait and watch if he garner enough votes to win title

Ali Reza is a unique contestant as he has performed well in all tasks and is known for his fitness. Infact when he got eliminated there was a huge campaign to bring him back and finally he entered the house again as wild card contestant. He has not looked back after that and has now entered finals. Will he get enough support to win? We have to wait and see the results

How to vote for Bigg Boss Telugu 3 Title Winner

Who will be the Bigg Boss 3 Telugu Title Runner Up?