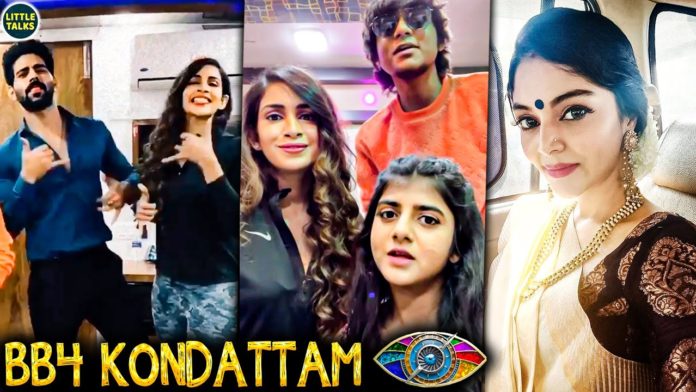 The Bigg Boss Season 4 show has ended up being a huge hit with fans, with Aari winning the Bigg Boss title as everyone expected. Balaji Murugadoss follows him as runner up, Rio Raj as the second runner up, and Ramya as a third runner, and Aari was awarded Rs 50 lakh.

Anitha Sampath, one of Bigg Boss 4, has posted a new photo on the internet as all the Bigg Boss contestants are busy shooting for the Bigg Boss Kondattam event, which is a customary event to take place after every season of Bigg Boss.

In this photo, she has mentioned her coffee as the strong one and the other coffer as the light one, which belongs to Sanam Shetty. Fans are excited to see this photo as they are eagerly waiting to see the Bigg Boss Kondattam event. This event is expected to air during the first week of February 2021.