Losliya Mariyanesan is one of the sensation of recently concluded Bigg Boss Tamil season 3. Her relationship with Kavin was the most talked about topic during the show, she went on to win third place in Bigg Boss. Losliya Mariyanesan has a huge fan base thanks to her cute look and her Tamil pronunciation while working as a news anchor in Sri Lanka. When the relationship between her and Kavin grew her fanbase increased further and her “Losliya Army” is very big and it can even challenge “Oviya Army” which was considered to be the biggest fan base for a female contestant in Bigg Boss history. 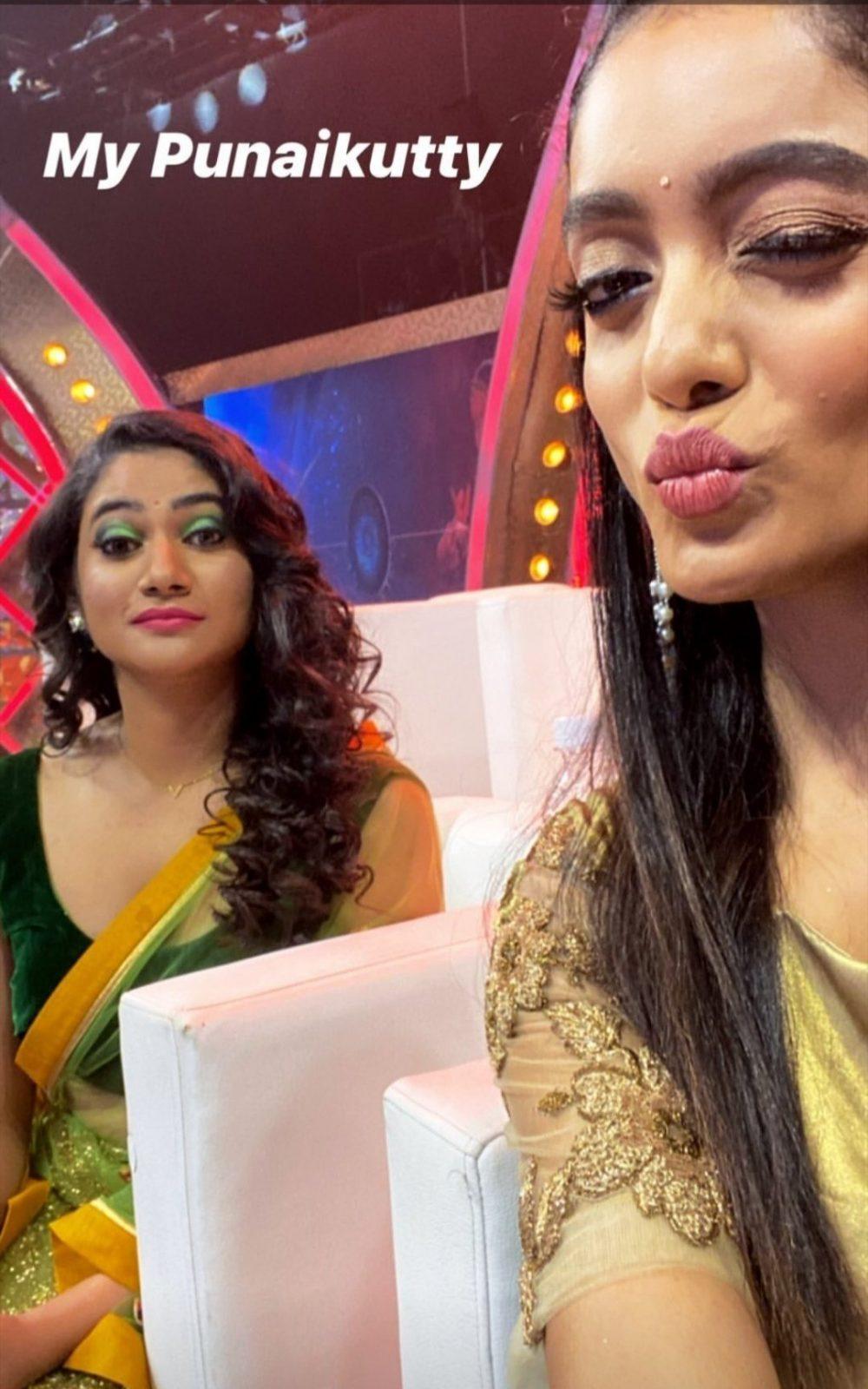 Losliya wore a see through saree in yellow and green. Losliya’s fans were elated with her stunning look. Losliya and Abirami have been hanging out a lot after the end of Bigg Boss Tamil 3.