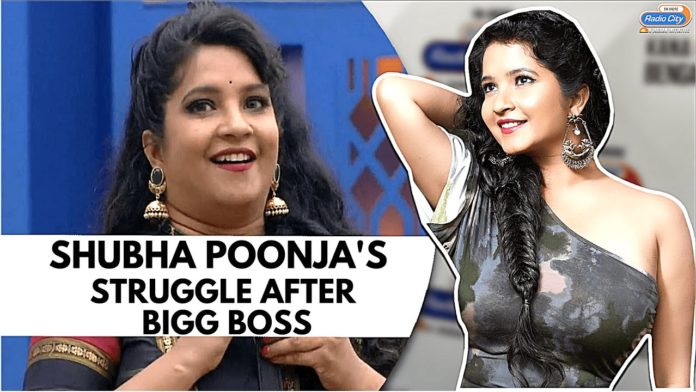 Kannada Bigg Boss Season 8 Grand Finale will be held next week. An elimination was held on Saturday before that. Shubha Poonja is out of the Bigg Boss house. While this may come as a surprise to some, it was still expected. However, the elimination took place on Saturday.

Big Boss Finale week usually starts with five contestants. This is the Bigg Boss tradition. That means the trio will be eliminated from the Bigg Boss house before Finale arrives. It was interesting who the three contestants were. One of them is Shubha now.

Shubha Poonja was not very active on the task at BB house. It was a happy week, as compared to the rest of the contestants. For this reason, she was eliminated. She was not active, and hence the audience didn’t vote for her, which resulted in her eviction. Manju Pavagada, Arvind KP, And Vaishnavi are Strong Constants in Bigg Boss house. It is almost certain that they will remain in Finale Week. The trio is ahead of the task or at home.

Shamant Bro Gowda, Prashant Sambaragi, and Divya Suresh continue to remain in Danger Zone. One of them will be eliminated tomorrow. Another one will be out on Tuesday. Whom do you think will get eliminated today? Share your views in the comment section.