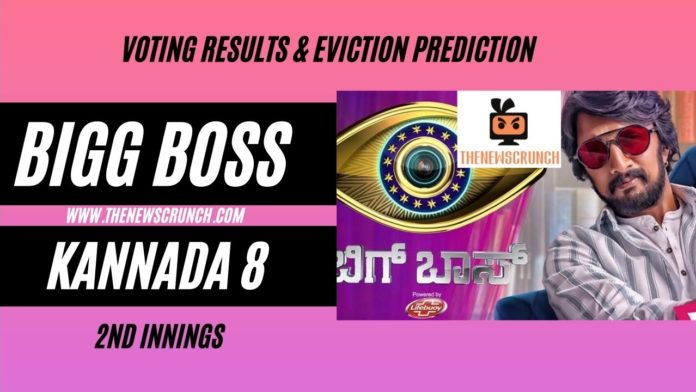 Bigg Boss Kannada Season 8 inches closer to an eventful week after the conclusion of the luxury budget and captaincy task. Nine contestants were nominated for eliminations this week. However, one or two of the housemates will end their Bigg Boss journey this weekend. There are possibilities of a double eviction which will be verified in Sunday’s episode with Sudeep Kichcha.

The suspense around the elimination this week in BBK8 takes the limelight. The last day of voting will determine the fate of the three contestants lurking in the bottom three. Though the contestants put their best foot forward, multiple incidents impacted the voting results.

The captaincy task featured a stiff fight between KP Aravind and Shamanth. However, the former emerged victoriously and became the house captain for the third time.

Manju, Aravind, and Divya Suresh are safe from elimination this week.