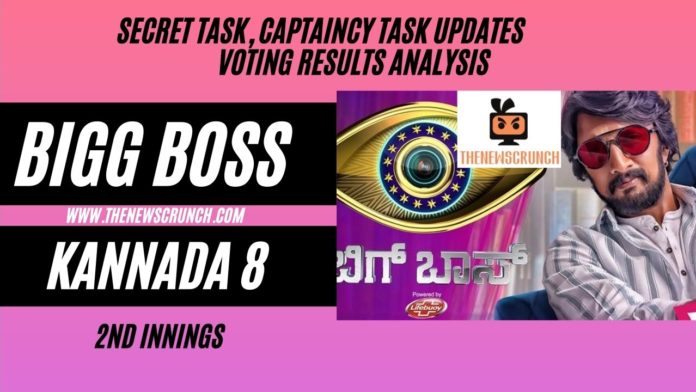 Bigg Boss Kannada 8 is in the middle of a competitive week as the secret task concluded. The nominations list for this week’s elimination included nine contestants. Shubha Pooja was safe from eliminations as Divya Urudaga saved her. However, Aravind was directly nominated by the last evicted contestant, Nidhi Subbiah. The suspense around the BBK8 eviction this week takes precedence.

The captaincy task will be a critical one for the nominated contestants. Keeping in the mind the consequences of eviction, the contestants continue to push hard in terms of task performances. The bottom three contestants will face danger as the possibility of double eviction is still alive for this weekend.

Aravind, Divya Suresh, and Vaishnavi are safe from elimination this week.