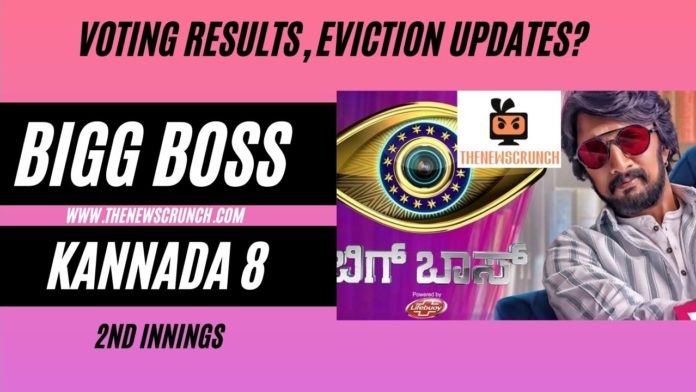 Bigg Boss Kannada 8 started off with a gripping ‘secret task’ this week. However, the limelight is on the nominations for eviction this week. After a suspense-filled weekend, Nidhi Subbiah was evicted from the reality show. The captain of this week Divya Urudaga will play a pivotal role in the proceedings of this week. The contestant with the least votes among the nine nominations will be eliminated this weekend.

Out of the nine nominated contestants, three contestants face the immense danger of eviction this week. However, the limelight is on the stronger contenders who will to enter the finale week.

Aravind, Divya Suresh, and Prashanth are safe from elimination this week.