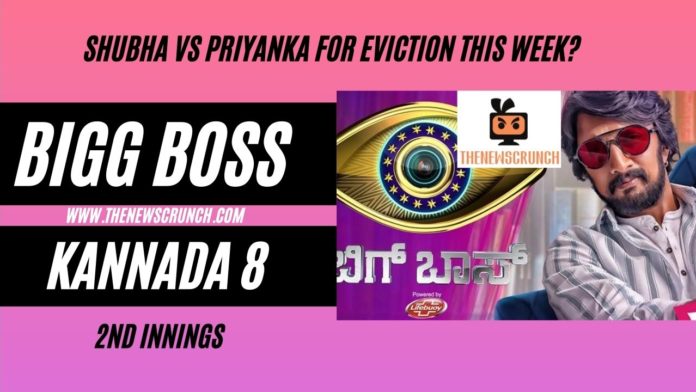 Bigg Boss Kannada Season 8 is on the verge of completing a gripping week filled with competitive, entertaining tasks. The focus shifts to the nominations for eliminations as the weekend episodes approaches. As a result of the task victory, Manju’s team were declared safe from eviction this week. This huge twist comes one day before the closure of the voting window.

With four nominations active out of the total ones from Monday for eviction, BBK8 fans rule out the possibility of a double eviction this week. The focus now shifts to the four contestants who were lurking in the middle of the voting results table except Priyanka.

There is a lot to look forward to this week as another elimination approaches. Two contestants are lurking in danger with the least votes share on the first day of voting. Out of them, Chakravarthy is safe.

Vaishnavi, and Prashanth are safe from elimination this week.