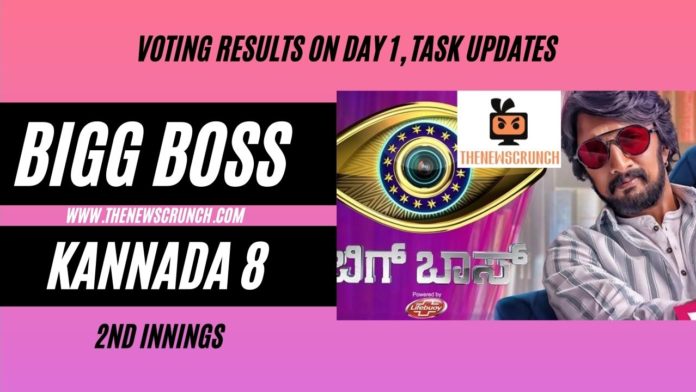 Bigg Boss Kannada Season 8 second innings start off on a promising note as Monday’s nominations took place. The fight for safety from elimination begins this week in BBK8 house as voting window opens. Only two contestants, Shamanth and Aravind are safe from nominations this week. There are possibilities of a double eviction which will be verified in Sunday’s episode with Sudeep Kichcha.

There is a lot to look forward this week after a shocking yet disappointing elimination. Three contestants are lurking in danger with the least votes share on the first day of voting.

KP Aravind’s captaincy will be a bone of contention for the fellow housemates this week. However, Aravind is safe for yet another week.

Manju, Prashanth, and Divya Suresh are safe from elimination this week.