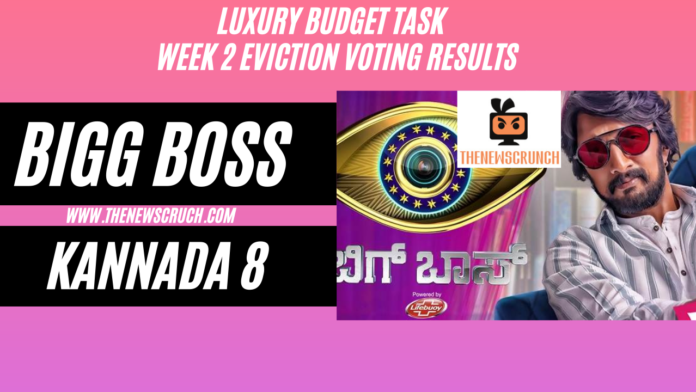 Bigg Boss Kannada Season 8 enters a decisive phase in its second week with the commencement of the luxury budget task. The drama, fights, and entertainment factors are kept up to the standards so far. Brogowda continues to influence the audience while the nominations task took precedence.

However, the major highlight of this week is the ‘Virus task’ luxury budget task. The nominated contestants will fight hard to make their presence felt in the competition so far.

The announcement of the nominations task in the second week was a major twist in the tale. However, there are rumors about a confirmed eviction this week. Dhanushree was the first contestant to be evicted from the reality show. However, she might reenter as a wildcard entry.

The luxury budget and captain tasks were the major highlights of this week. However, the epic twist this season was the shocking eviction of Dhanushree in the first week.