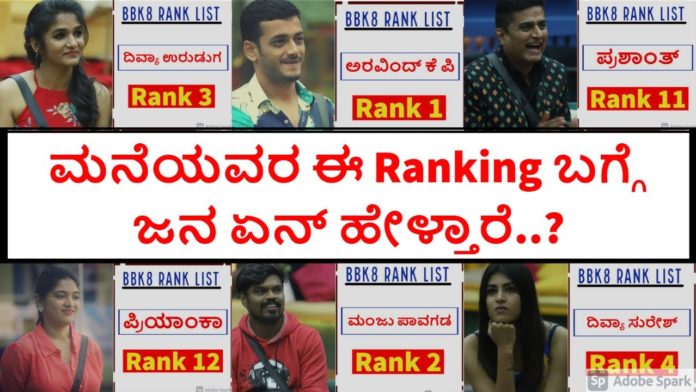 Bigg Boss Kannada 8 is getting better and highly competitive among contestants these days. The show has entered its 10th week, and even with Sudeep being absent as the weekend host for the past few weeks, the show is getting a lot of eyeballs from viewers due to the strong fanbase of Aravind KP and Manju. Aravind KP has been the most talked-about contestant on social media after his fight with the housemates in BBK8.

While some of them are predicting that Aravind will be the winner of this season due to his strong romantic angle in the game and commanding a huge fanbase on social media who always votes and support him every week.

But a section of the audience predicts that Manju Pavagada might win as he is slowly gaining the audience’s support. He has been entertaining everyone with his comedy, and Sudeep advised him to concertante on the game instead of cracking silly jokes.

Manju Pavagada has shown that he is a worthy competitor by getting more votes than Aravind KP during last week’s voting. Manju has shown that he can entertain the audience and improve Bigg Boss TRP with his skills. Kichcha Sudeep has also sided with Manju, hinting that he may win Bigg Boss Kannada 8 if he puts in more effort.

We will have to see if Manju can keep getting more votes or Aravind KP will win back and secure more votes in the coming weeks.