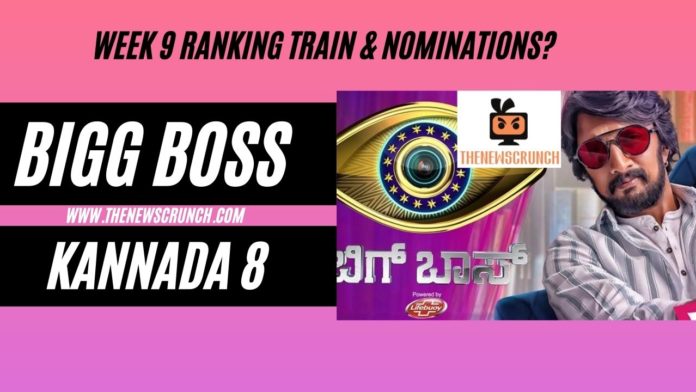 Bigg Boss Kannada 8 enters a crackling ninth week. However, there was no open or closed nominations for eviction this week. The bottom half of the ranking task will face the wrath of elimination. The contestants faced immense difficulty in arriving at a consensus for several positions. This is a reflection of who really deserves the top position and who is fighting for it though they do not deserve it.

The first position was fiercely competed for by Manju and Aravind. Aravind was a clear winner in this case, thanks to his valid justifications and consistent task performances. While Manju settled for the second position, a disgruntled Prashanth voiced his dissent. While Prashanth failed to accept Aravind or Manju for the top position, he called Manju as Divya Suresh’s assistant. This created a huge argument in the house.

The third, fourth, and fifth positions are fiercely contested for but Divya Urudaga and Divya Suresh grab the spots. Prashanth and Chakravarthy are disappointed with the manner in which the positions are decided. Incidentally, the captain of the house is trailing towards the end. Manju is losing his grip on his popularity. Several fans of Divya Urudaga are disappointed that Manju took a position higher than her.

The direct nominations task heats up the proceedings in the house which was anticipated. However, final nominations list will be revealed soon. Shamanth is doing well in the last few days but did not manage to get a position in the first half of the ranking task.

Nidhi, Priyanka and Shubh Poonja competed in the tire rolling task. However, Priyanka emerged as a winner.