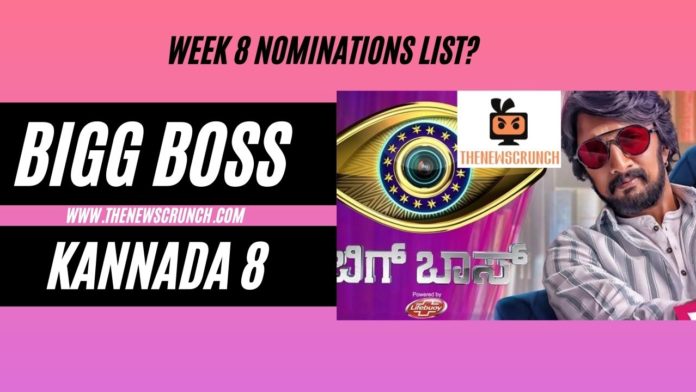 Bigg Boss Kannada season 8 7th week completed with a considerable twist which was least expected. The weekend episode was promising but the elimination suspense loomed largely. On Sunday, Vishwanath,  the bright young star got evicted with the least votes. This was shocking to see as most unofficial polls expected Shamanth, who received the least votes in last week’s elimination voting. As a result, Vishwanath’s journey came to an end.

Shamanth is safe from nominations this week after a long time. Thus, six other contestants were nominated for evictions this week. Also, a few of the most popular housemates were selected for week eight elimination. This includes Rajeev, Raghu, Divya Suresh, Manju and Prashanth. This week’s elimination voting will be a tough one as all these contestants are considered to be strong.

Raghu might be the only contestant in the danger zone, and he needs people’s support to stay in the house. Raghu, Prashanth and Chakravarthy are considered boring contestants among netizens, and they need to step up their game to remain inside the BB house.

The nominated contestants are:

Voting lines for Bigg Boss Kannada 8 week 8 nominations will be opened from 10:30 PM on Monday 19th April and will be available till Friday 24th April 2021. Voting can be done either on the Voot app or their official website.

Vote to save your favourite contestant
Created with Survey Maker