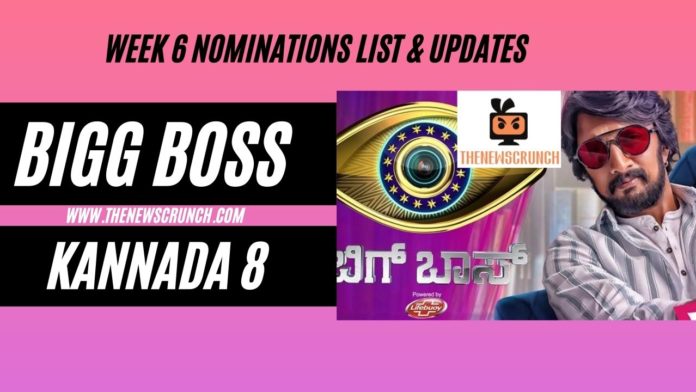 Bigg Boss Kannada 8 enters its sixth week. The controversial reality show enters a decisive week as the sixth nominations task took place. After a disappointing yet obvious eviction of Shankar, the contestants brace for the sixth elimination of Bigg Boss Kannada Season 8.

However, the fate of the contestants hangs in the hands of the audience. The voting window for the sixth-week eviction will open on Monday night and close on Friday midnight. Sudeep’s announcement on Sunday’s episode will seat the fate of one contestant this weekend. However, major twists are expected in the upcoming weeks.

The highlights of Bigg Boss Kannada 8 Prashanth’s ill-mannered attitude and Aravind’s growth as a strong contender. However, the limelight was also on the first wildcard contestant.

Aravind and Shamanth received the maximum number of votes. However, Rajeev was directly nominated by the captain of the house, Manju. Prashanth entered the nominations for his attitude while Shubha received the least votes (two). According to reports, Prashanth or Shamanth will be evicted this weekend.

Hence, the sixth week of Bigg Boss Kannada 8 looks promising with potential twists and drama inside the house.