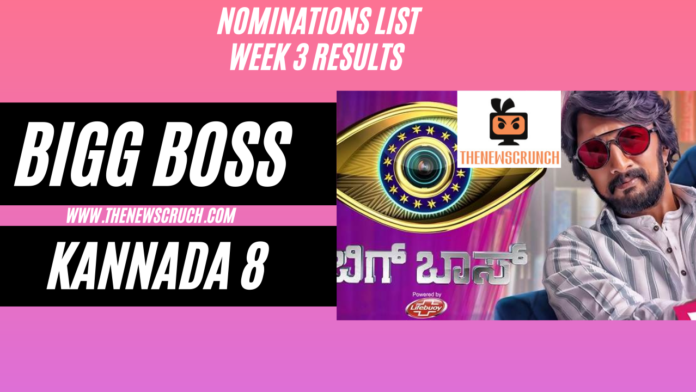 Bigg Boss Kannada 8 enters its third week. The controversial reality show enters a decisive week as the third nominations task took place. After a shocking yet disappointing eviction of Nirmala, the contestants brace for the second elimination of Bigg Boss Kannada Season 8.

However, the fate of the contestants hangs in the hands of the audience. The voting window for the third-week eviction will open on Monday night and close on Friday midnight.

This week’s nomination task called ‘Jodi task’ was entertaining. However, the obvious nomination of the week was Shamanth and Prashanth. However, Geetha and Shubh Pooja were the probable contestants to be evicted last weekend. At the end of the second week, Nirmala’s journey ended in the reality show.

According to reports, there is a high probability of Geetha’s eviction this week. However, the audience voting results will decide the final fate for the nominated contestants.

• Install the Voot App (Available in both Android and iOS phones).
• Create an account using your email id, phone number, or social media account.
• Type ‘Bigg Boss Kannada 8’ in the search bar.
• Click on the ‘Vote Now’ icon and cast your vote to save your favorite contestant
• It is also to be noted that the vote bank closes on Friday at midnight.﻿