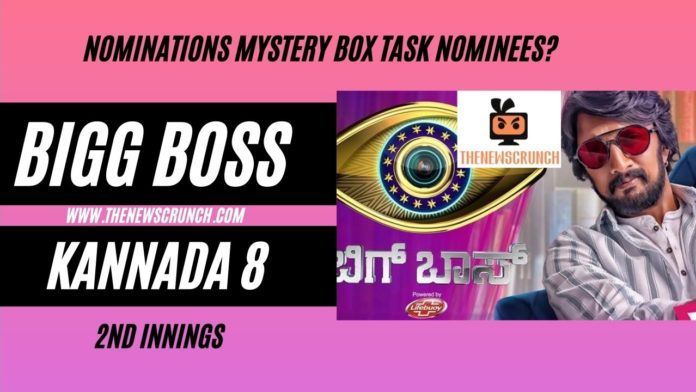 Bigg Boss Kannada Season 8 starts off the promising week with a nominations mystery box challenge. All the housemates of Bigg Boss Kannada 8 except Aravind, Vaishnavi, and captain Divya Suresh were nominated for eliminations this week. However, the obvious eviction of Priyanka from the Bigg Boss Kannada house opens up tons of possibilities.

The third elimination of Bigg Boss Kannada 8 second innings took place in Sunday’s episode. The voting results pointed to a clear eviction of Priyanka after Chakravarthy got immunity. This week’s nominations task in BBK8 was quite interesting.

The voting window for this week’s elimination nominations will open after the episode on Monday, the 19th of July 2021. The voting window on Voot App will be open until the end of Friday’s episode.