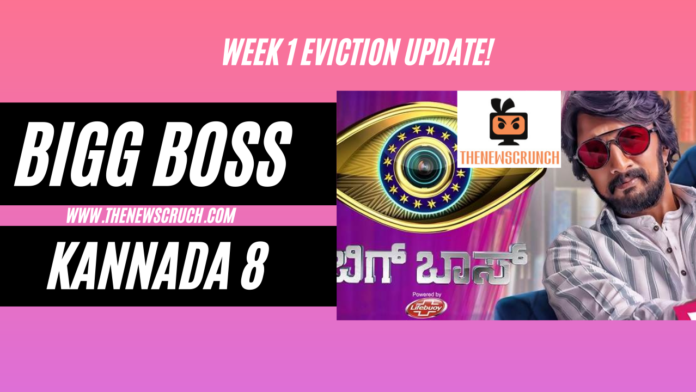 Bigg Boss Kannada Season 8 will complete its exciting first week. However, the first eviction of Bigg Boss Kannada 8 will be the highlight of this weekend’s episodes. After a gripping week filled with drama, fights, and captaincy tasks, the nominations task took the housemates by surprise.

The very first nomination task took place on the first day and four contestants were nominated. However, Bigg Boss declared the possibility of safety for these contestants. Brogowda became the first captain of Bigg Boss Kannada 8 house. The nomination twists and surprises continue to woo the audience as the final list of nominations was announced on Thursday.

In a similar route to safety, Prashanth won the task while Vishwanath entered the nominations. Manju defeated Raghu and earned much-needed safety in the first week of elimination nominations. At the end of these tasks, five contestants were nominated for eviction voting by Bigg Boss.

The audience voted for their favorite contestants through the last few days on the Voot app and on the Voot website. However, the fate of the nominated contestants hangs in balance. According to reports, Shubh Pooja will be the first elimination of Bigg Boss Kannada 8. Several unofficial voting polls and social media channels predicted the possibility of Dhanushree leading the voting results and Shubh Pooja’s eviction.

Going by these reports, the Bigg Boss Kannada journey of Shubh Pooja comes to an end.