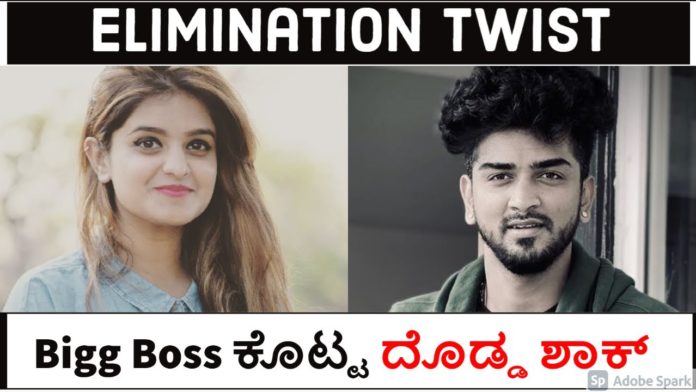 Bigg Boss Kannada Season 8 is getting some exciting twists. This is Bigg Bosss giving shock not only to contestants but also to viewers. Viewers are waiting to see whose game ends in elimination this week. So much, so that surprising news was heard. Actress Vaijayanthi Adiga is said to have quit Bigg Boss.

Just four days ago, Vyjayanthi Adiga walked into the Bigg Boss house. They had the opportunity to compete in this reality show through wild card entry. Her arrival has not changed much at home. She was given a gate pass and was talking to everyone.

Vaijayanti Adiga had not entered the house as a contestant. There was also information that she was just a guest. So she’s just leaving the Bigg Boss house after four days. This development is, of course, a surprise to other contestants of the household. In Saturday’s episode (A10), Vyjayanthi said that it would be difficult to stay home.

Vyjayanthi and actress Priyanka Thimmesh, and journalist Chakravatri Chandrachud have also entered the house as a wild card entry. Shamanth Bro Gowda, Arvind KP, Prashant Sambaragi, Divya Suresh, Shubha Poonja, Nidhi Subbayya, and Rajeev were nominated this week. Among them were Nidhi Subbayya and Arvind Safe on Saturday. The rest of the house wonders what the story is about as they were shocked to know that Vyjayanthi Adiga is leaving the house.

We have earlier reported that Shamanth Brogowda is the first elimination of week 6.