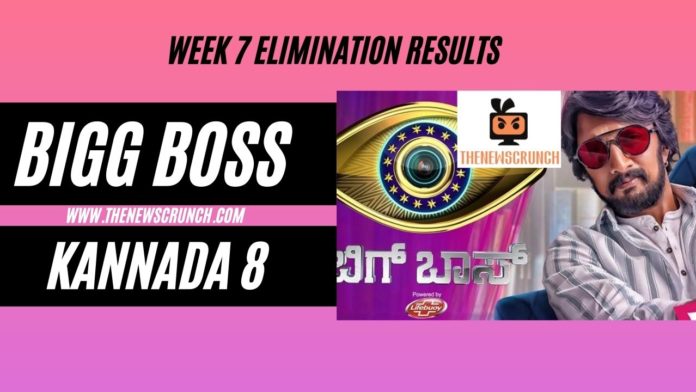 Bigg Boss Kannada Season 8 completes its seventh week. The major highlight of this week was the ‘Boys vs Girls’ task and elimination nominations task. The eviction of week 7 will be a decisive one. Three wildcard entries entered the Bigg Boss house so far but Vyjayanthi walked out of the show last week.

The double eviction twist was dampener last week and Shamanth was saved by a whisker. Six contestants were evicted from Bigg Boss Kannada Season 8 so far. The seventh elimination surprise will not be revealed by host Sudeep Kichcha. Sudeep is unwell and he will not make it to the weekend special episodes and he revealed the same.

However, it is confirmed that eviction will take place this weekend. Sudeep will miss the production team’s twists in revealing the elimination for week 7. Three contestants are facing elimination danger this weekend. The performances of this week weighed a lot in the minds of the audience and voting results.

Shamanth was saved last week but continues to lurk in danger. Prashanth is also in danger of eviction this week. There is a possibility of wildcard entry Chakravarthy getting evicted this week. However, the suspense will be revealed in Sunday’s episode.