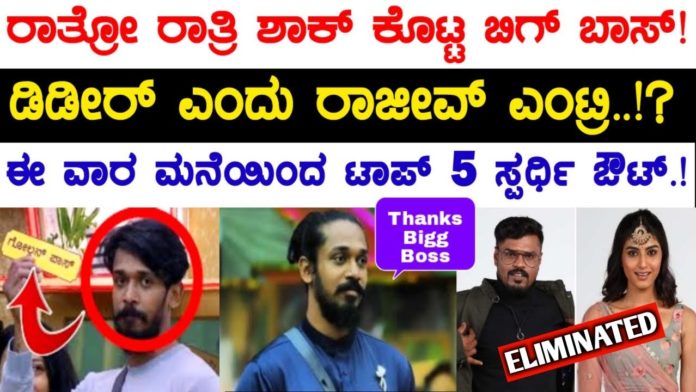 The ninth week of Bigg Boss house caused plenty of curiosity. Six contestants are nominated for elimination in the Bigg Boss house. Now Bigg Boss Kannada viewers are curious about who will get eliminated this week.

This year’s nomination list includes Manju Pavagada, Arvind KP, Chakravarti Chandrachud, Prashant Sambaragi, Divya Suresh, and Priyanka Thimmesh. The current question is who will be evicted from the house.

Much of the vote has fallen to Manju Pavagada in this time’s nomination. He is the main contestant that keeps TRP going for Bigg Boss Kannada 8. Thus, it is doubtful if he will be leaving the Bigg Boss house this week. Arvind is a Strong Contestant in the Bigg Boss house. The audience feels that Aravind and Manju will be part of the finals.

Chakravarthy Chandrachud is the captain. By this, he has been identified as a strong contestant. Prashant Sambaragi was saved this week from nomination else he would be the person to get evicted from the houe. All that remains is Divya Suresh and Priyanka Thimmesh. The audience is of the opinion that one of them may be leaving the house this week. Some are even saying there is no elimination this week. It will be answered in tonight’s episode.