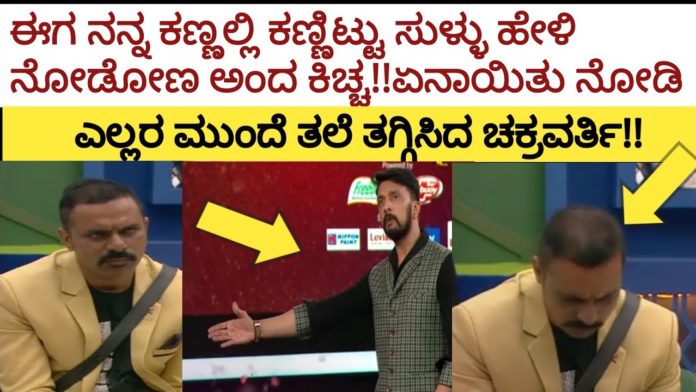 The second elimination of the second innings of Bigg Boss will take place this week. Last week Nidhi Subbaiah was eliminated. This week, the fans eagerly await to know who will be destroyed, and there is a buzz on social media about this event. So here is the answer to the question of who might get eliminated this weekend in BBK8.

The nominated contestants for elimination this week are Chakravarthy Chandrachud, Manju Pavagada, Priyanka Thimmesh, Divya Suresh, Prashant Sambaragi, Raghu Gowda, Shamant Bro Gowda, Vaishnavi, and Arvind KP. One of them is sure to be out of the house this week.

At Bigg Boss house, strong contestants Manju Paggada and Aravind KP are expected to get saved on Saturday. It would be interesting to see who will be getting a maximum number of votes from the audience. Thus, both are sure to continue this week. Prashant Sambhagari has been shouting this week and caught everyone’s attention. Shubha Poonja, Shamant, Divya Suresh, Vaishnavi are playing their game as usual.

Chakravarthy Chandrachud, on the other hand, has fought with Prashanth and has caused a lot of disruption inside the BB house, which was discussed during the nomination. However, this week Prashant Sambhagari is also in nomination for elimination, and there may be chances for him to get eliminated this week.

But Priyanka and Raghu didn’t do much, and one of them will be the second elimination this week. They both look like a bit of a doll in the Bigg Boss house. Raghu did not appear to be very active during the task. This is why one of the two is sure to leave the house. This will be answered on Sunday’s elimination.