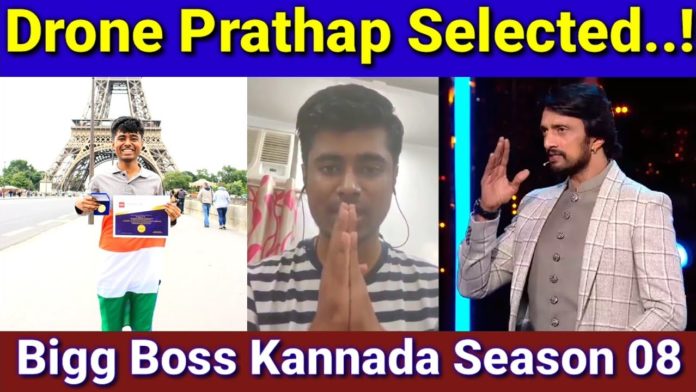 Drone Prathap is known for the controversial news where he claimed building 600 drones from e-waste. But this was proved wrong by a fact check from OP India. All the claims made by Prathap about building drones were proved false by OP India. Further, the photos and videos of drones shown by Prathap were from various tech expos held in European countries.

The organizers of these Tech expos have confirmed that drone photos and videos were displayed in their conference and were not built by Prathap. Thus the overnight sensation Drone Prathap was condemned by many on social media. Now, this controversial person is expected to enter Bigg Boss Kannada season 8 as a contestant.

Bigg Boss Kannada Season 8 will begin in January 2021, and a huge set to house the Bigg Boss contestants have already been erected at the Innovative film city near Bidadi. Bigg Boss 8 contestants are expected to go into quarantine for 14 days before they enter the house. Sandalwood star Kichcha Sudeep will host the show.