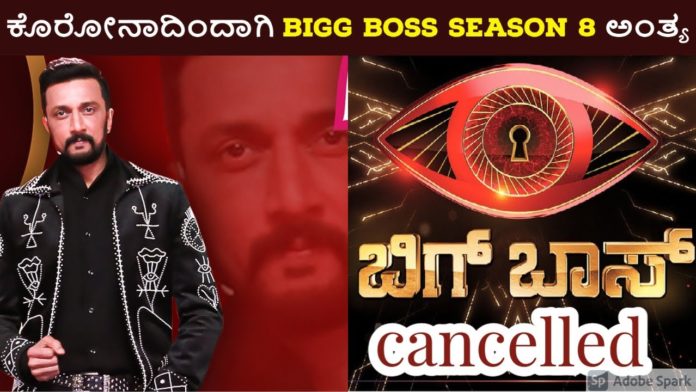 Coronavirus is causing havoc in India during the second wave. Thus, the government of Karnataka has announced a lockdown for COVID 19 control. TV Association President SV. Shivakumar had issued a circular demanding that the reality show and serial shooting be stopped. Thus, Bigg Boss Kannada Season 8 is getting terminated. Colors Kannada Business Head Parameshwar Gundkal has officially announced this. He posted about this with a heavy mind on his Instagram page. May 9, 2021 will be the last episode of Bigg Boss Kannada season 8.

Colors Kannada Business Head Parameshwar Gundkal said that “Bigg Boss began today, the seventy-five days ago. More than one sentiment came to mind when the eleven people were standing by the PCR and seeing this manaleiro running. Everyone on the inside is happy to know the difficult challenge facing the outside. They are also safe from being in isolation. We are calling outside tomorrow to inform everyone of the growth outside.” Parameshwar then wrote that arrangements were being made to send BB contestants and his team home safely. Hundreds of days of work. The work of hundreds of people. The dream of a team that worked diligently to put it all back to half. Parameshwar said that it was a difficult decision but a peaceful decision.

The mind is heavy. This show is not about stopping. Another concern was the unseen uncertainty of the air outside. May everyone have an answer to this concern soon. “Be safe,” Parameshwar said. This allows the contestants to leave home without completing 100 days.

This is the first time a Bigg Boss Kannada season is getting suspended, and the winners of BBK8 are not announced even though the show is stopped abruptly due to the pandemic condition.