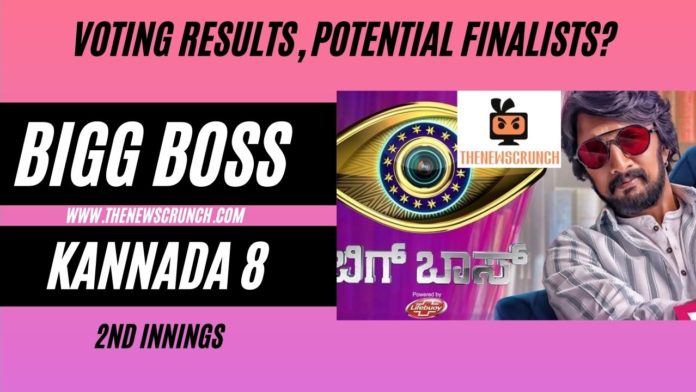 Bigg Boss Kannada 8 resumed its ‘second innings’ after disruption due to Covid-19 lockdown. The audience witnessed the first-ever nomination task last week but the weekend episodes with Sudeep Kichcha guaranteed twists. Prashanth Sambargi was declared as the evicted contestant. However, he came back into the Bigg Boss house as it was a fake elimination.

After a thrilling first weekend, the contestants of Bigg Boss Kannada Season 8 start their strategy implementation for the next three weeks. After a brief pause to the Bigg Boss Kannada 8 season, the potential finalists like Aravind, Divya Urudaga and Divya Suresh have a huge task cut out in front of them.

According to reports, Bigg Boss Kannada 8 second innings will last for three weeks and the potential finalists will be declared by then. As a result, each weekend from now will have double eliminations.

Who Will Be Safe From Eviction This Week?
According to reports, Prashanth and Divya Suresh are likely to be safe this week.

Who Will Be in Danger of Eviction This Week?
According to reports, Priyanka and Nidhi are likely to be evicted this week.

No contestants were eliminated from the show so far.