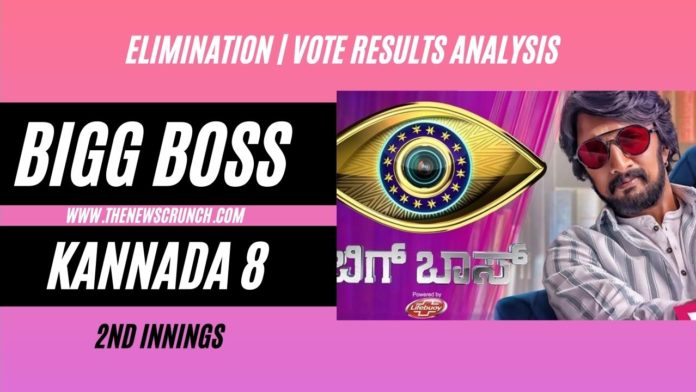 Bigg Boss Kannada Season 8 continues with a gripping sequence of events this week. After an obvious elimination last weekend, the nominated contestants battle for safety. However, in a major twist, the captaincy task’s worst performers will face bad news. The bottom-placed contestants of BBK8 in this week’s task will be directly nominated for eviction next week.

Priyanka Thinimesh was the last contestant to be eliminated from Bigg Boss Kannada 8. The power couple, Aravind and Divya Urudaga continue to dominate in terms of popularity. However, the limelight now shifts now Divya Suresh’s captaincy and potential eviction possibilities for this week.

There are high chances of a male contestant’s eviction this week. The race to the finale heats up as Bigg Boss Kannada 8 contestants fight for their place in the finals. However, the elimination suspense will rule this weekend’s episode.

Vaishnavi, Prashanth, and Divya Urudaga are safe from elimination this week.