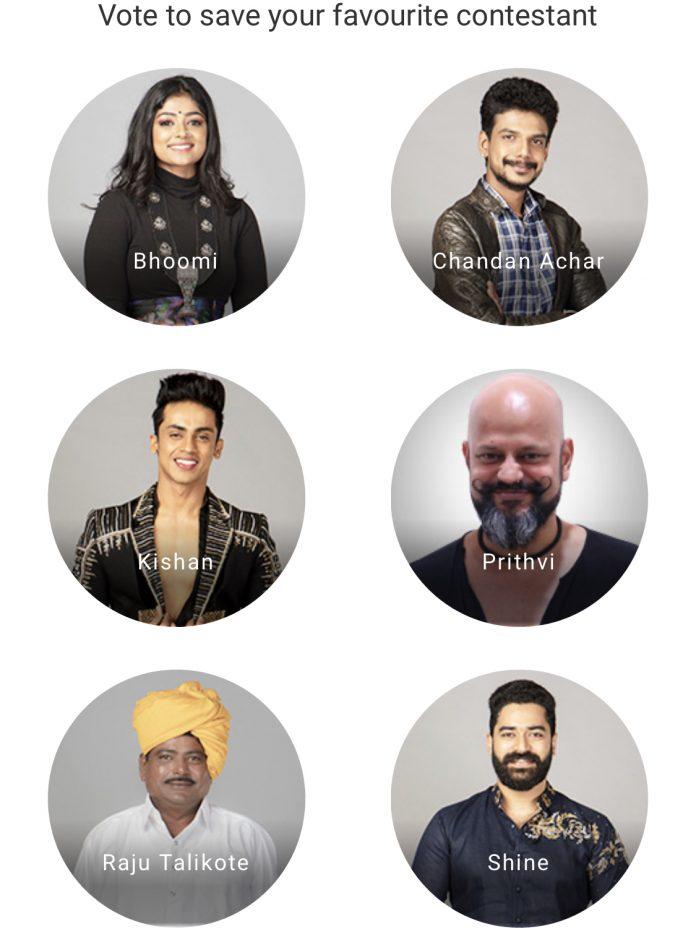 
The weekend episodes promise a lot of action and suspense as the host Sudeep Kiccha digs into the happenings of the week. Though eviction nominations have been announced, it is becoming quite obvious that Raju or Prithvi will be evicted this week. Sujatha was evicted last weekend after she was nominated by Jai Jagdish into the danger zone.

As expected, Shine is leading in major polling reports from day 1 of audience voting. However, it was surprising to see many contestants including Shine, Kishan and Chandan getting nominated for eliminations this week. Though the contestants are fighting hard to get saved from evictions, the tasks are getting tougher and intense by the day.

Shine and Kishan lead the way. However, these are early trends failed to swing either way. Bhoomi and Chandan are not safe by a mile. Though, Prithvi is trailing since the beginning and the voting trends cannot change based on the performances in the upcoming week.

Kishan and Bhoomi enjoy quite a lot of coverage and are likely to be saved by their presence and sizeable audience fanbase. Also, Kishan’s girlfriend as a wildcard entry will spice things up in the house.