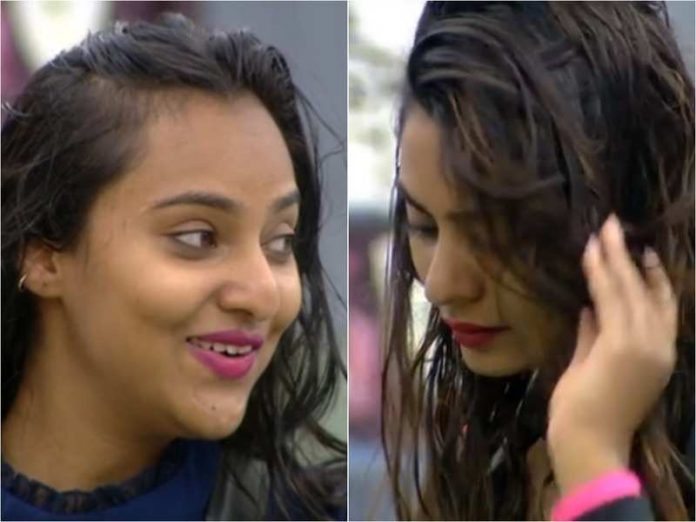 
The weekend episodes promise a lot of action and suspense as the host Sudeep Kiccha digs into the happenings of the week. Though eviction nominations have been announced, it is becoming quite obvious that Harish or Priyanka or Bhoomi will be evicted this week. There are reports of double eviction this week which means a male and female contestant might be shown the door. However, considering the gender ratio, Harish might be eliminated as Deepika, Bhoomi and Priyanka are the only female contestants in the house.

Harish Returns to Bottom Two From Top Two Within A Week!

Harish’s fans were definitely holding his back. From being in the bottom two and facing elimination danger last week, Harish’s vote share surged to 21% which pushed in the top 3 along with Deepika and Chandan Achar who follow him in second and third position.However, Harish is trailing the audience voting this week which means that his dream run might be coming to an end.

As expected, Shine took the lead from Deepika in major polling reports since day 1 of audience voting. Deepika is in the second position and looks pretty safe. However, it was surprising to see many contestants including Bhoomi, Deepika getting nominated again for eliminations this week.Though the contestants are fighting hard to get saved from evictions, the tasks are getting tougher and intense by the day.

Shine, Harish and Deepika lead the way. However, these are early trends can swing either way. Vasuki and Prataap are not safe by a mile. Though, Prataap is trailing since the beginning and the voting trends can change based on the performances in the upcoming week. Also, Prataap was declared safe along with Shine during yesterday’s episode. The vote difference between Priyanka and Bhoomi Shetty is meagre and it would be interesting to see if the competition will go down to the wire if there is a double eviction.

The fight is neck and neck for the last position as Priyanka has been nominated for consecutive weeks now. Will this be her last week?

Bhoomi vs Priyanka vs Deepika : Who Deserves to Be Eliminated?

Deepika lost her way with the Chandan Achar episode. However, she has gained back her popularity to an extent. Bhoomi Shetty started off on a good note but lost her way through the season. However, she also does not have a good hold with the audience due to some of her activities.

Priyanka has failed to create good relationships in the house. Also, she has been under the limelight only because of Kuri Prataap. Based on the performances of the three female contestants it is expected that Bhoomi or Priyanka might be shown the door on this Sunday with Sudeep Kicha.

Bhoomi and Deepika have medals from the ticket to finale tasks and if that is the deciding factor, Priyanka will be evicted.

Bhoomi and Shine Win Medals in Ticket to Finale Tasks! Will They Be Safe this Week?

Shine is currently leading the audience voting results while Bhoomi is in third. They have the advantage of winning medals in the Ticket to Finale tasks. Will it come in handy to Bhoomi and Shine to save them from eliminations this week?

Deepika has taken over the lead from Shine Shetty during the day 2 of audience voting. However, it will be interesting to see if she can sustain it till weekend. Deepika defeated Bhoomi and Priyanka in the blindfolded task which gave her a valuable medal. It has also increased her popularity compared to her slump before two weeks. Is Deepika peaking at the right time before the finale?

Voting lines are closed for this week.