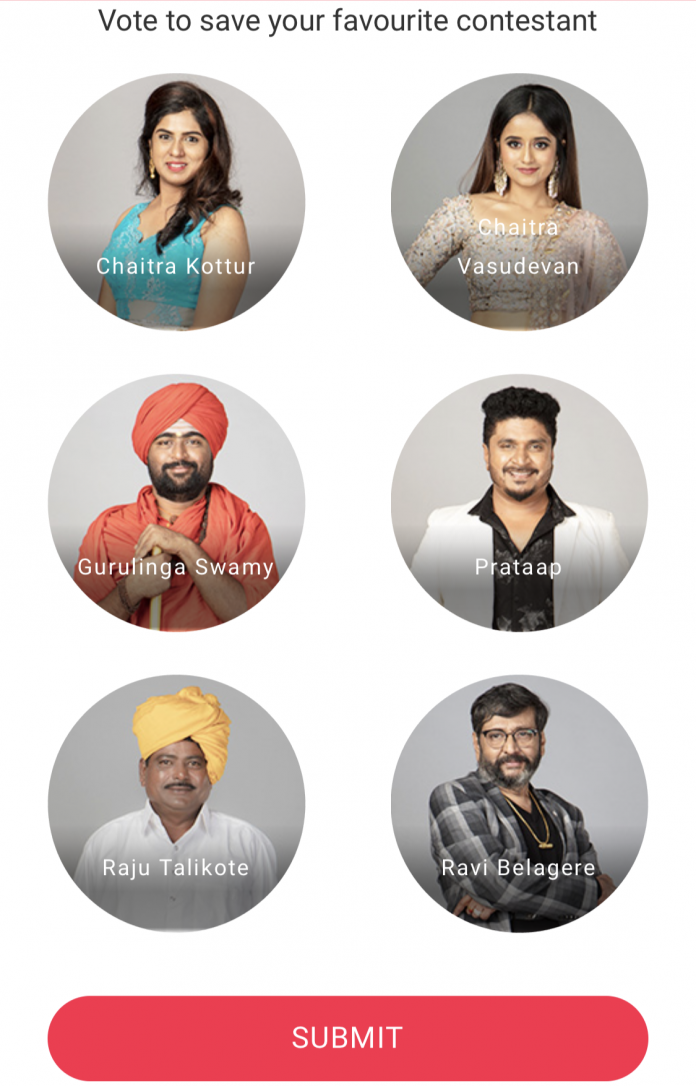 Bigg Boss Kannada 7 premiered on 13th October 2019 Sunday at 6 PM. There are totally 18 contestants for this season and the Day 1 was filled with fun and drama which was aired on 14th October 2019. Nomination for elimination started on week 1 and these contestants were nominated in a game which solely depended on luck. Out of three boxes they were asked to open one randomly and show the board inside it. If it says “Nominated” then the contestant becomes nominated this week. These 6 contestants are not lucky like other and they got nomination for eviction. Here are the list


Bhumi becomes the first captain of this season and the other contestants got “Immunity” boards and are safe from eviction nomination.

How to Vote Bigg Boss Kannada 7

There are two ways to vote in Bigg Boss Kannada season 7
Online in Voot page – https://www.voot.com/voting/bigg-boss-kannada-season-7-voting-online/webview/
By Voot App – Download Voot app from iOS store or Google Play Store and search Bigg Boss Kannada 7, you will find a vote banner. Login and vote to save your favourite contestant.

We have an unofficial voting poll using which we can give updated results about your favourite contestant’s voting percentage. Don’t forget to vote here to get daily updates on voting results

Vote to save your favourite contestant
Online Quiz Maker