Bigg Boss Kannada Season 7 has finally come to an end after a couple of months of glitz and grandeur. The 113 Days of Journey is coming to an end. The stage is set for a lavish grand finale event. Some 18 of the Bigg Bosses were also fooled by a wild card entry when they started out with a total of 18 people. Those who once re-entered as eliminations were also given their opportunity to exhibit their talents and game strategy. Every week the fear of elimination was waking up in the competitors’ chest. The time has finally come to know who the Bigg Boss winner is finally here and The News Crunch will cover the finale live with exclusive details. Here’s the full details of how the Finale event will be held.

The Bigg Boss Finale is not the only event to announce who the winner is. There is also an impressive dance performance. Celebrities will step into the glitzy stage in Innovative Film City. Its look like glitz and grandeur has already been shown by promo. The Colors Kannada Channel is more concerned with giving viewers the finale episode than ever before. The performers performed a spectacular dance performance wearing glittering and sparkling costumes.

The Bigg Boss Kannada 7 was broadcast every night from 9 pm to 10:30 pm. Now, the Finale episodes will air on Colors Kannada Channel this Saturday and Sunday from 7 pm. All the special events of this season will be relished. This time all the contestants will be present on the stage and witness the event. This will increase the glare of entertainment programs. At this last moment, who will be eliminated and who will rise to the title of Winner.

The Grand Finale stage was ready for the weekend as the weekend approached. The filming of Stage Performance began Friday night. Sudeep was also involved in the shooting. He has also co-hosted with Energy of the Year. At the same time, he is celebrating his 25th year in the industry, cutting the cake. Colors Kannada Channel’s technicians are working hard to deliver the show on Saturday evening at the right time. Overall, the final episodes of Season 7 will be entertaining to viewers looking to watch the final episodes. 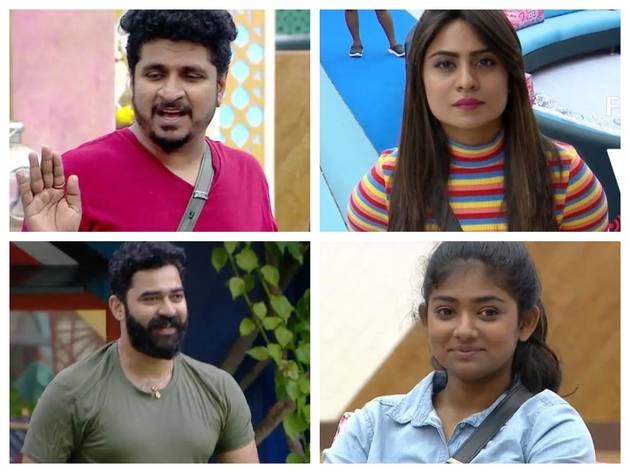 The tussle continues to rise among a total of five contestants. Vasuki Vaibhav, Bhoomi Shetty, Deepika Das, Shine Shetty and Kuri Pratap continue to compete in the final. They have successfully managed all kinds of tasks, getting votes from viewers and getting to this stage. Sudeep will finally answer the question of who is the winner by raising one’s hand in Sunday’s episode. But before that, the fate of the other finalists will be tested. The elimination process will take place on Saturday too, and the curiosity of who gets out is increasing momentarily.


According to the latest polling reports, Shine Shetty is likely to be crowned as the winner of Bigg Boss Kannada 7. There is a tough fight between Deepika Das and Kuri Prataap for the runner up position. Deepika is a lone horse since the beginning but Kuri Prataap’s defeat might break some hearts.

The winner if Bigg Boss Kannada 7 will get INR 50 Lakhs. The Grand finale will witness one of the five contestants being crowned as the first runner up, second runner up and winner.