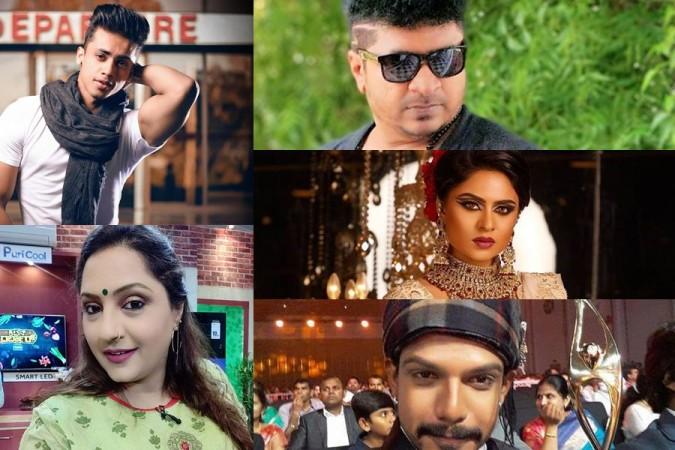 The weekend episodes promise a lot of action and suspense as the host Sudeep Kiccha digs into the happenings of the week. Though eviction nominations have been announced, it is becoming quite obvious that Sujatha or Kishan will be evicted this week. Jai Jagdish was evicted last weekend and he nominated Sujatha in the danger zone.

Among the contestants nominated for eviction this week, it is expected that Chandan is likely to be saved this week. His popularity is on the rise and the reason that he is being targeting might work in his favor. Chandan is a decent performer in the tasks perspective which adds to his advantage.

Kuri Prathap took the lead away from Deepika Das towards the end of the audience voting and likely to be safe this week. He is the entertainment powerhouse of Bigg Boss Kannada 7.

Deepika Das is the most impressive female contestants in BBK7 so far. Deepika has a massive fan base and is the second in the audience voting results for this week.

Kishan and Sujatha are the contestants facing maximum danger this week. Kishan has been a good performer in tasks but Sujatha has failed when it came to tasks due to her injury. She is definitely struggling to keep up with the competition in the house.

Hence, Sujatha is the weakest link in the house and is likely to be evicted this week.

If the gender perspective comes into picture, the house consists of lesser female contestants. If the organizers prioritize gender balance over audience votes, Kishan might be evicted this week.

Do you think Sujatha or Kishan will be evicted this weekend? Let us know in the comments below.