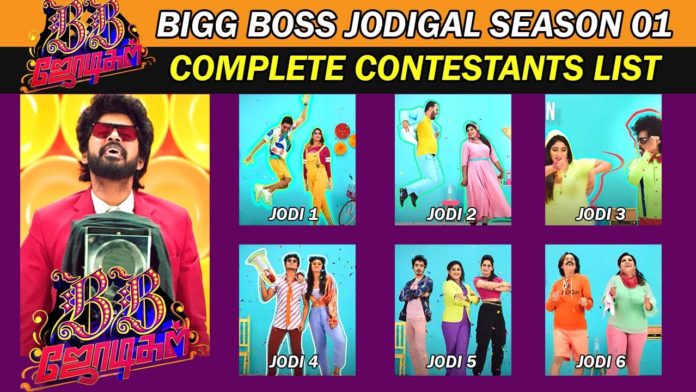 It is known that Bigg Boss is one of the shows airing on Vijay TV, and the show has been hugely popular for the last 4 seasons. It is also worth noting that the contestants who attended the Bigg Boss show are gaining popularity and getting opportunities to act in movies. We also recently saw the release of the title poster of the movie starring Mugen in the title, and he is the winner of Bigg Boss Season 3.

In this situation, Vijay TV is planning to select some of the contestants who participated in Bigg Boss Season 1 to Season 4 and host a ‘Bigg Boss Jodigal.’ It looks like this Bigg Boss Jodigal show will be in the style of the ‘Cook with Comali’ show.

So far, a few people, including Somsekar, Gabriella, Julie, Sendrayan, Shivani, Vanitha, Sandy, have been confirmed to participate in this show. It is worth noting that the promo for this show was recently released.

In this case, fans are wondering who are the judges of this show. Actress Ramya Pandian is said to have been selected as a judge. It seems that actor Jeeva will also be a judge with her. Fans are worried that if Ramya Pandian were one of the contestants, the show would have a much better response than her being a judge. It is worth noting that the show will air every Sunday from 2nd May 2021.