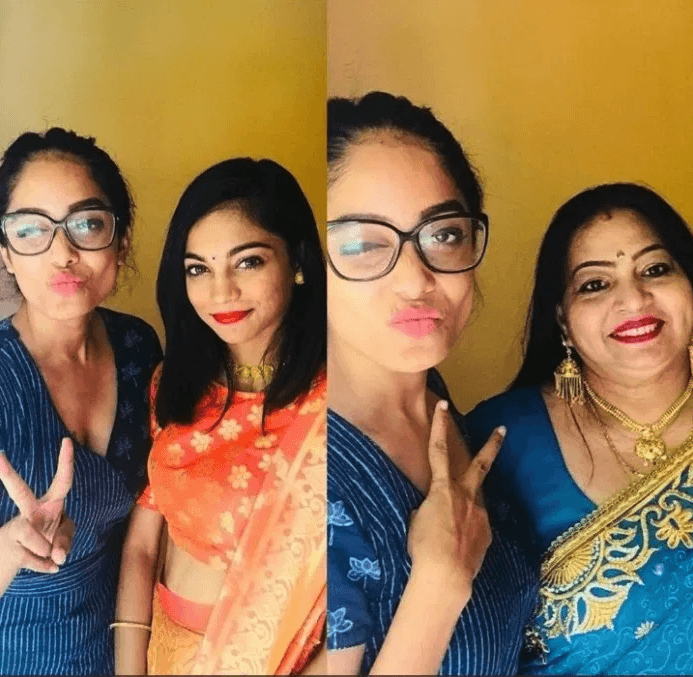 Abhirami after leaving the Bigg Boss house, goes to Mugen’s house to meet Mugen’s mother. Her photo with Mugen’s mother is going viral on social media. Abhi came back to BB house last week as a guest and had her close altercation with Mugen. She is even seen wearing Mugen’s t-shirt, the photo of which is again going viral on Twitter.

This was Mugen’s gift to Abhiram when she left the BB house after staying for a week as a guest star. Everyone in the house welcomes Abhiram back and even Sandy said she is the only contestant who came back the same way she left. Abhirami is also tasting success on her first film with AjithKumar ‘NerkondaPaarvai’ which has done very well at the Box office.

Another photo of Abhirami with Mugen’s sister is also going viral online. Let’s wish Mugen and Abhiram a great future. Don’t forget to save your favourite contestant this week by voting, more information on how to vote in Bigg Boss Tamil is provided here.