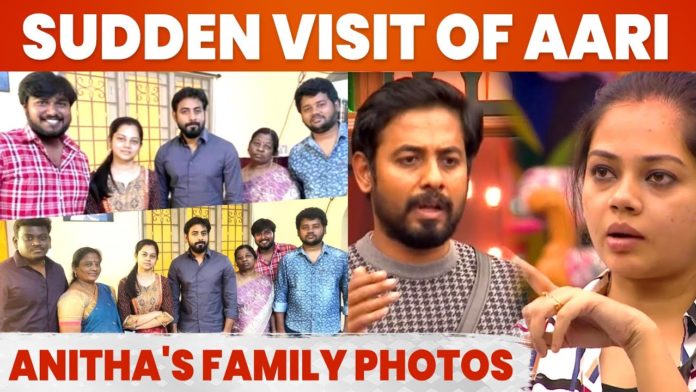 We saw interviews with contestants who participated in the Bigg Boss show last season saying that they would only meet each other once in a while after the show and that a few would never meet again after that.

But there have been reports that the contestants of season 4 have been meeting each other frequently after this season of Bigg Boss ended . Aari has recently visited the home of Anitha, one of the Bigg Boss 4 contestants.

It is noteworthy that Aari’s photo with her entire family, including Anitha, Anitha’s husband and mother, is currently going viral, and Aari’s sudden visit was a pleasant surprise to Anitha.

It is worth noting that both Aari and Anitha are currently developing a brother-sister relationship despite many disagreements inside Bigg Boss house. It is also worth mentioning that Anitha has recently visited Archana’s place, and she has posted a photo of it.


Also, photos of Rio and Gabriella visiting Som’s house are currently going viral. From this, Bigg Boss fans have been appreciating the bonding of all the contestants of this season.