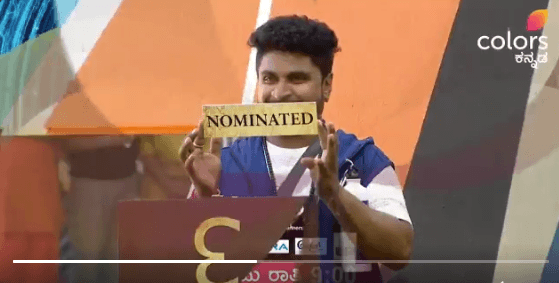 Bigg Boss Kannada started with a bang on 13th October 2019 with a big list of contestants from various field entering the Bigg Boss house. There are totally 18 contestants in the house and from day 1 itself nomination for elimination began. On day 1 the contestants assembled in the play area where there were three boxes, one of them contained Captain board the other was nomination board.


Kuri Prathap was seen opening one of those boxes after praying to God, unfortunately it had the “Nominated” board. Everyone laughed seeing that as it was hilarious, check them out in the video below. Kuri Prathap is now nominated for eviction on Day 1 of BBK 7. Will he get evicted? Comment below.