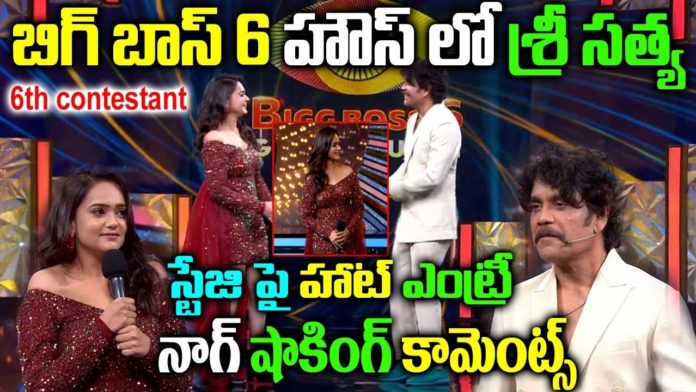 No matter how many criticisms there are on the Bigg Boss show, the craze does not diminish. Bigg Boss is a hit in all languages. So far, five seasons have been held in Telugu and one in OTT. And today, the sixth season has started grandly. Nagarjuna Vikram entered the event with a background score. King says dialogues in his style that if anyone should try something new in this field, it is me.
Amazon Super Value Days | Up to 50% off on essentials

Nagarjuna revealed the secret on stage that Sathya likes junk food. So he brought special food for Neha before going into the house. She said that she couldn’t survive without a phone or food. Nagarjuna asks how are you inside? Mr. Satya said that you should try the same, sir. But are you single? asks Nagarjuna. Says yes, sir. And on the card given to her, there is a heart symbol. So ready to mingle? says Nagarjuna. After telling her that she could go inside and share the chicken and burgers with someone, Satya went inside.