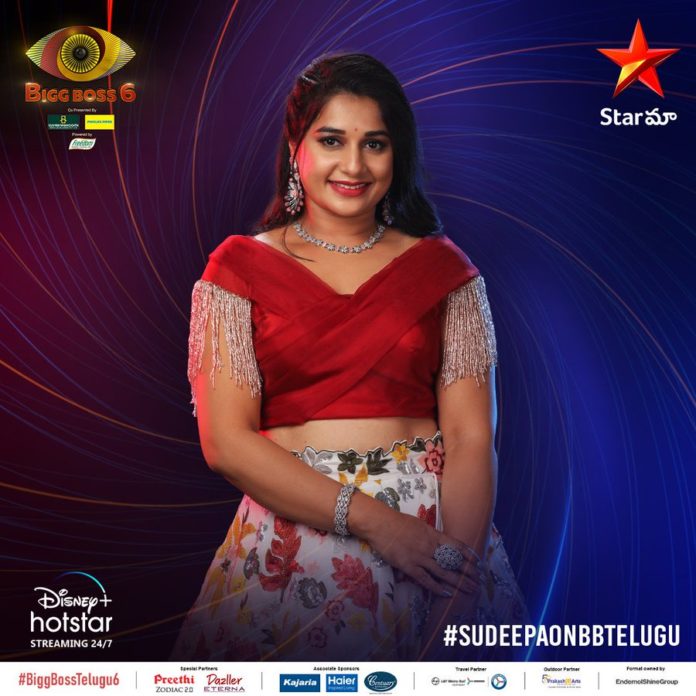 King Nag shows all areas with songs and games. After that, Keerthy Bhatt entered as the first contestant. After that, he showed a promo for the second contestant. Pinky alias Sudeepa, famous for the movie Tu Nak Nachchaav, has arrived. But she introduced herself. She told her love story. She said they did not agree at home and waited for four years.

But Nagarjuna asks what the difference is between Sudeepa and Pinky. Pinky is not mature enough. But Sudeepa is mature; she says that she is still treated like Pinky and treated like a child. And the card he took out said blank. Nag said I would tell them later what is the use of this.

Sudeepa, who entered the Bigg Boss house as the second contestant, introduced herself, and Keerti said, “I know”. Both of them tried to open the bedroom door together.