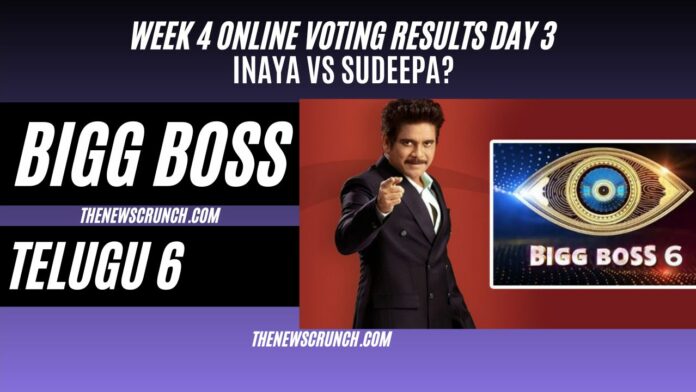 Bigg Boss 6 Telugu reality show started getting fiery viewership day by day. The game show is grabbing attention of viewers and never let the TRP rate down at any point of time. Now BB6 Telugu show running in its week 4. Vote polling has been going on briskly since day one.

On a comparison of day 1 and day 3 the voting ratio is in drastically improving in same manner. According to unofficial polls Sudeepa and Arohi are pushed in red zone. Lets have a week 4 elimination update in detail here.