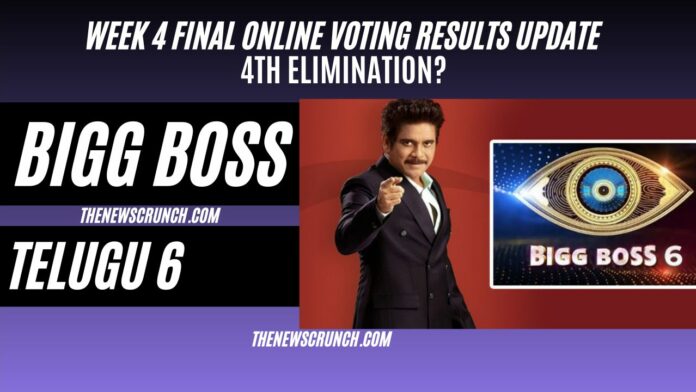 Bigg Boss 6 Telugu online voting results for the fourth week will be impacted by the growing surge in audience polarisation between the potential finalists. Revanth and Geethu make it in the week 4 voting results yet again. However, the eviction danger for the fourth elimination is tough fight between Arohi, Rajashekar and Sudeepa.