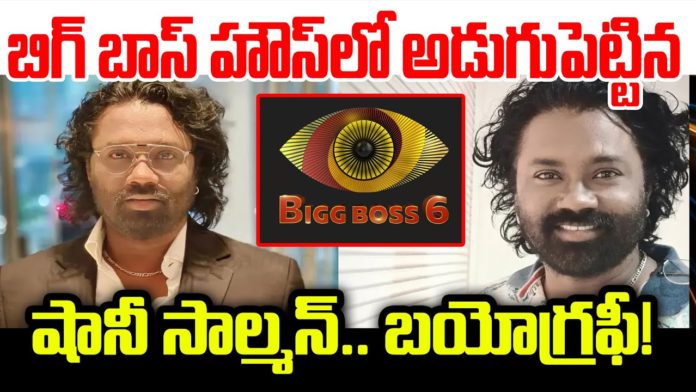 My name is Shaani.. My name is Wonderful Kahani.. My full name is Shaani Salman.. Five girl friends.. I am a Coco Player.. I stopped playing due to a knee injury.. At the same time I went to Sai movie auditions.. That was when my mother came to know that I was selected. The news came that he died.. That’s what life is.. That’s what life is.. Bigg Boss is coming to the show to give full entertainment.. Love vs. Hate.. Shani came on the Bigg Boss stage.

Shani said that he changed the first letter of the name of five girlfriends to Shani. You can’t dress suit, are you a celebrity too? He gave Shani the task of calling the contestants in the house and sent them inside. There is a risk of creating a negative image on Shani from the beginning. This task will last until next week.